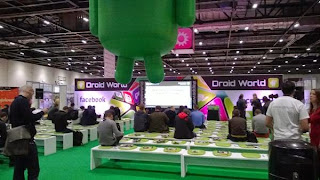 Apps World 2014 in London was great this year, with over 1,600 attendees it was held at the ExCel, and had loads of good speakers and sponsors.

My favourite talks from day 2 were: first a talk titled responsive website or native app which was given by Geoff Parkhurst who's the CTO of Lovehoney, he weighed up the advantages and disadvantages of each side very nicely. This I found particularly interesting since it's relevant to work at the moment. 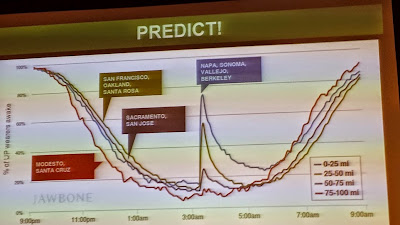 Another great talk was given by Grant Allen from Google, on extreme wearables. This image (sorry for the bad quality photo) actually shows something really cool. the axis on the left is the % of people who are awake, the axis on the bottom is the time of night. As you can see, between 10pm and 1am, the % of people awake falls, since they've gone to bed, however at 3:30 AM, it suddenly rises, this was due to a huge earth quake that night. Each different coloured line is a different city, and this data could potentially be used to give a short warning to an earth quake to people in further away cities. This particular data came from JawBone, but any basic activity tracker would have recorded similar results, and would have the scope to implement this. 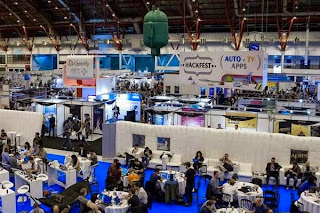 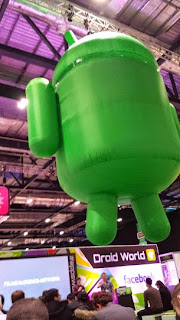 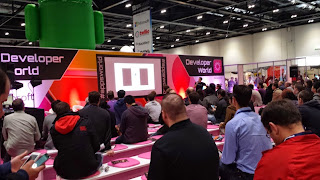 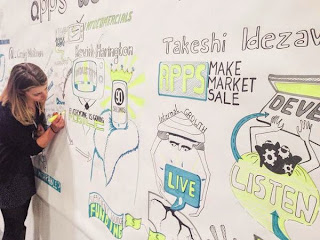