By Alicia Sykes, on Wednesday 24th June 2015. Categorised in web-dev.
Polymer is part of the web platform team, and it officially began 3 years ago - but last week Google announced that 1.0 has been released, and ready for production. Previously building web apps across multiple platforms and form factors was really challenging, different components are not always designed to work together - the answer to this is web components. 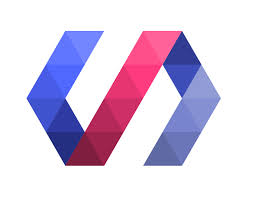 Web components allow custom components to be used everywhere, and they are interoperable, meaning they add another layer of functionality above the platform but below other frameworks. Web components standardise everything.

Polymer 1.0 is brand new, every line of code has been re-written in the past year, so that it is considerably faster, less-complex and generally and better than the previous 0.x versions.  It is 3 times faster on Chrome (than previous versions), 4 times faster on mobile safari - and 30% less code overall. The whole thing is only (19kb - ) 42 kb, including all the polyfills...
1.0 also has a lot of new features. Firstly shady dom which replaces the shadow polymer dom. It is simpler implementation.

Initially there were two main branches of components in polymer. The iron elements and the paper elements. Google have introduced three new branches.
Firstly, the Google web components. So ifc you need to add Google maps for example, use the Google Map tag. There are elements for all of Googles core web services introduced. It's a new Google SDK for the web created through these elements.
A second branch of elements introduced are the platinum elements, these bring together powerful features such as service workers. So dropping push notifications on to your page, or offline cashing, or anything like that - just put the approprieate element into your page.
The gold elements, these include mobile and web ecomerce and high quality check out processes. Such as verifying credit card details.
Google have also created a catalogue of polymer elements https://elements.polymer-project.org/