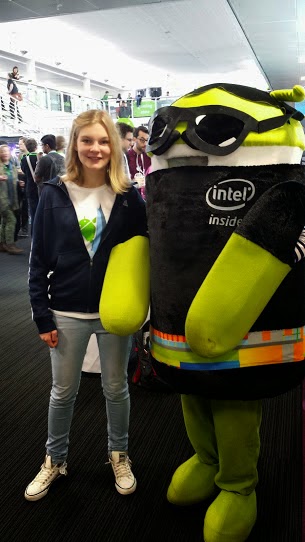 The first day was a community-led barcamp and democamp with talks and discussions given by opensource Android developers. The second day was packed full of presentations given by the worlds leading Android experts, on a range of Android topics. There were 1,200 attendees and loads of great sponsors, as well as an open bar party in the evening and a hackathon the following weekend.

I was a volunteer, so helped set up prior to the event, and in return was given a free ticket to attend both days :) 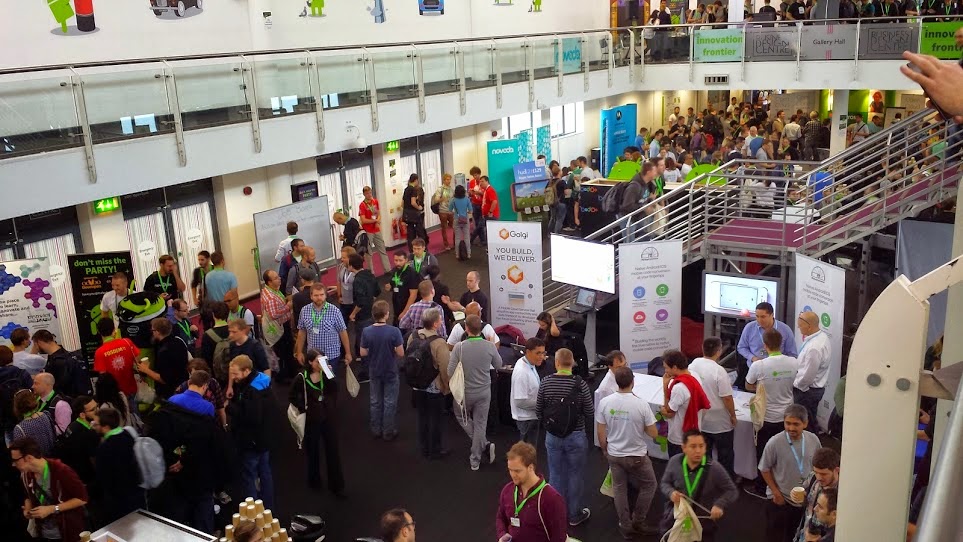 There was also a wide range of sponsors including Microsoft Azure, Sony, PayPal/ Braintree, Intel, Epson, AppConverter, Amazon App Store, Facebook, Badoo, ooVoo and Google Developers. As well as many other Bronze sponsors. Attendees were free to talk to the sponsors about their software, products and services and ask questions (and get a ton of free t-shirts and stash!). 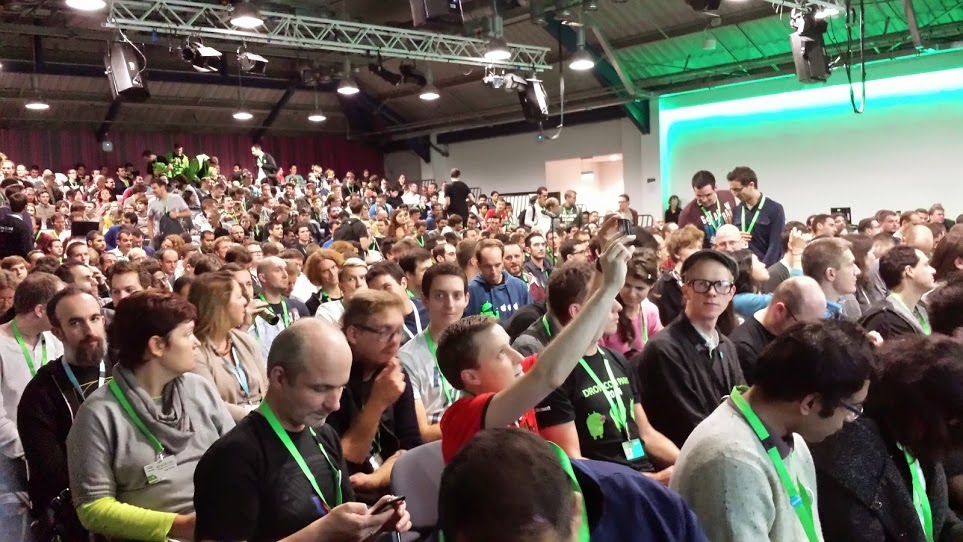 Day 2 saw was filled with talks and presentations given by the worlds leading Android experts. It kicked of at 9 AM with Chet Haase from Google discussing what's new in Android Lollipop. From 10 AM - 17:30 there 7 talks going on simultaneously throughout the day (35 in total). Meaning it was impossible to attend them all, however they were all filmed and made available on the internet later on.

On Thuresday night, there was a networking session and party at a pup a few minutes down the road at the Wenlock & Essex. There was a free bar paid for by ooVoo, and plenty of food and more stash. The music was picked by the attendees and was GREAT!

I volunteered to help set up the event the day before, and early the morning of the first day (it was the only way I could get a ticket, given the crazy high prices!). We arrived on Wednesday and Thursday at 06:30 AM and our time was put to good use packing 1200 goody bags, preparing flyers, folding thirsts and other general setting up jobs. 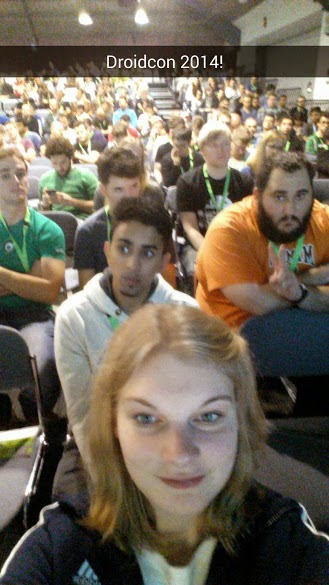 #DroidconUK Tweets
Back to Home