By Alicia Sykes, on Sunday 7th June 2015. Categorised in Computers. 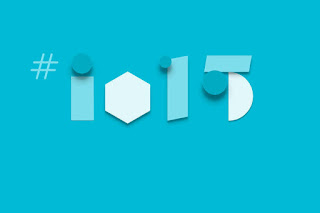 At Google IO 2015 some exciting new announcements were made about new features in the Android operating system for developers.

Developers can now build apps for Android M by downloading the developer preview (API 22) and latest SDK. There will be a couple of versions of previews which will be improved before the final version is released.

In Android M run-time permissions have been introduced. What this means is that the user won't have to accept a wall of permissions when they first install and application, instead they'll be asked to grant permission to that app to access a specific feature only when it's needed, and of course it'll remember the users  choice so they'll only have to do it once for each permission for each app.
The user can also go into settings and view and adjust app permissions for all installed applications sorted both by app and also by a particular permission too which is handy. Basically everything users have ever wanted with permissions delivered. This will only be available for apps developed for Android M though. Legacy apps will remain the same, by asking all permissions up front on install, but they can still be adjusted from the phone settings. This means that your app must be tested in M to check all permissions work.

VoiceInteractor allows you to interact with the voice input system - there was already the capability for the user to launch an intent and use voice, but now with the voice category intent filter, so creating voice interaction request is really easy

There is a new finger print manager in the API which allows for really easy integration of finger print authentication. Your app will still contain all the UI, and the API does all the work on the backend alternativley you can use the existing keyguard manager to show the lock screen to authenticate the user with their pin, code or whatever they set up.

In Android M by default all app data will be backed up to the users Google account. The user can opt out of this, as can the developer don't use the <full-backup> tags. Everything else related to user data was already backed up in previous versions of Android and will continue to be.

Version 7,5 is out, one of the most exciting features of this is GCM network manager - this is every cool way of making sure that your network requests are going to be much more optimal for the device, even for older versions (unlike in L where the app had to have this explicitly written in). There's also a few more new features, like maps available for Android wear devices.

Another focus on M is to improve battery life. A new feature called Doze has been implemented which uses the devices accelarometer to detect if the device has not been moved for a long period of time (like hours to days) and exponentially decreases the number of network requests and scheduled app processes until the device is moved. If there are real-time alarms or high priority tasks the device will be woken and they will have priority. As soon as the device is plugged in or moved Doze will turn off. Same will happen with apps you don't use (for a few days or weeks), less resources will be allocated to their background processes.

This idea obviously has been around on other platforms for a while but it's now being integrated with Android. Data binding is the ability to connect the data model to some of the UI elements in the application. Data binding is cool.

The Android design support library has been updated with the new material design, with emmbed better practices. And a f-a-b button so developers don't have to create their own circles with a shadow anymore. Updates to recycler view and web view.

Now notifications can contain a resource id for their icon, this is cool because for the first time you can use a bitmap, you no longer need a million  assets for each possible condition, they can now be generated on the go, like downloading an asset from your web back-end.

Better text selection, (use ActionMode.TYPE_FLOATING in your code) for a floating pallet of icons, that'll be easier for users.  The improved ability to process text. Also better formatted text, finally.

In Android M will now be able to distinguish between app and web links made by the same developer securely. Very simple to set up in manifest and on server with auto verify certificates and app links, so links to those urls will open in your app. As with everything else in M the user can take controll and modify this in settings.

Stylus support has been around for a while, but it has been greatly improved in M. You can create a datastream to receive preasure and button data over BLE protocol Android can fuse this with touch data on the glass, what this means is you can build a bluetooth stylus that then records as a stylus on any app on M that supports stylus - no special hardware, no app modifications, no nothing complicated, so interrogating stylus data = very easy.
There will also be some motion events added in M to help deal with stylus'es like ACTION_BUTTON_RELEASE , BUTTON_STYLUS_SECONDRY.

android.media.midi package has been introduced. You could already do MIDI, if you did it manualy. Now this new package will give the developer the bytestring that will be able to send and receive the not information.