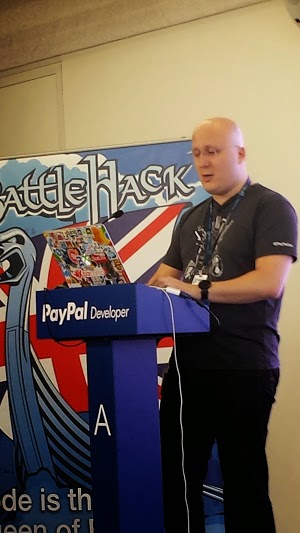 BattleHack is an annual world wide hackathon run by PayPal. This year I was lucky enough to once again get a ticket to the London event, which took place on the weekend of the 11th - 12th October 2014, at Level 39, Canary Wharf. Level 39 as always an amazing venue with a 360 degree panoramic view of London and Canary Wharf. 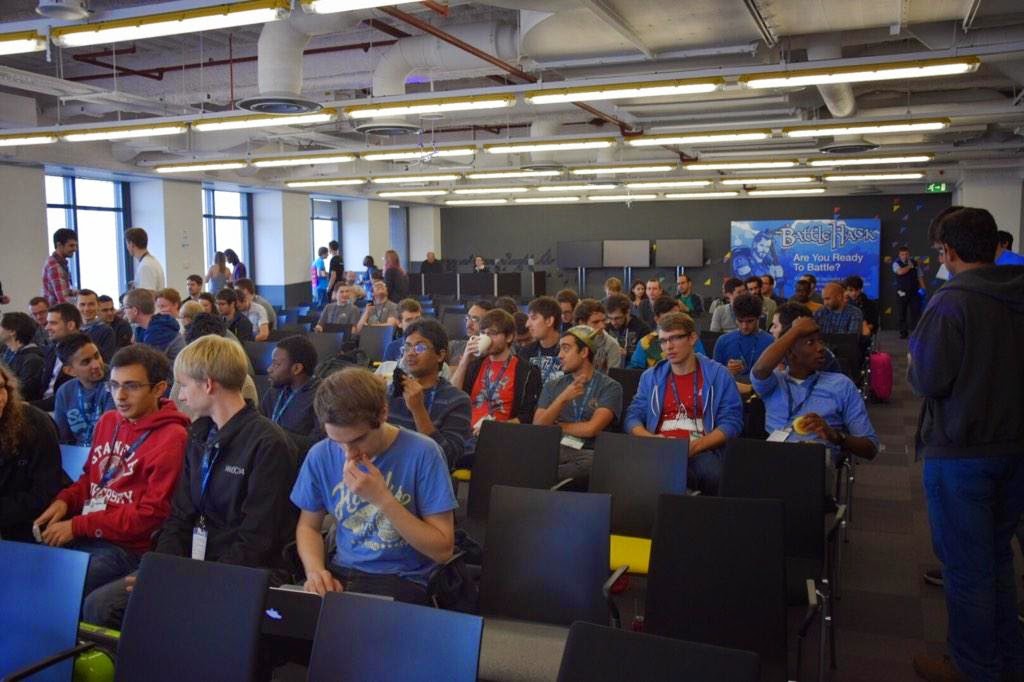 As with previous years the food was of course really good, and plenty of it, full breakfast, fish and chips for lunch, fare ground style snacks at tea, then hot dogs and PayPal fairy cakes and beer for dinner, and pizza for midnight snack - and that was just Saturdays meals!

The first few hours consisted of networking, opening talks and sponsor pitches. The sponsor talks were really good, and included SendGrid, Twillio, Nango, Relayr, context.io, JustGiving and NFC Ring. There was also an opportunity afterwards to talk to the sponsors and get help and information about using their products (and free t shirts and stickers!).

I was also very happy, since I won a Leap Motion Controller without even having to do that much! Thanks PayPal! It is a pretty cool piece of tech, so I will create a blog post reviewing it a bit later today.

Unfortunately I was unable to stay for the whole weekend (since I was running in a half marathon on Sunday morning) but I spent Saturday hacking into the early hours, and watched the presentations of the other hackers online after the event had finished. Some very cool stuff was created during BattleHack London 2014 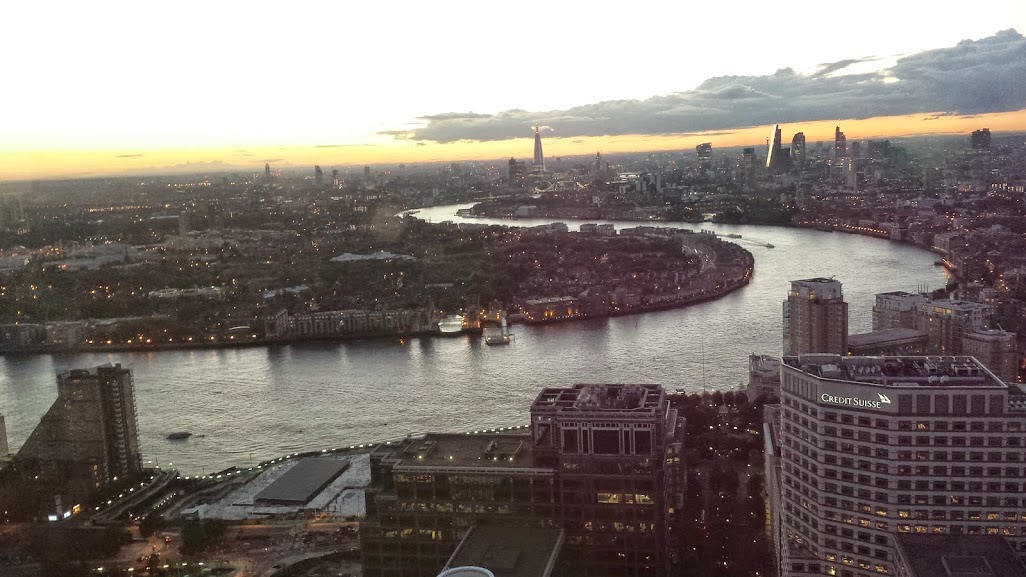 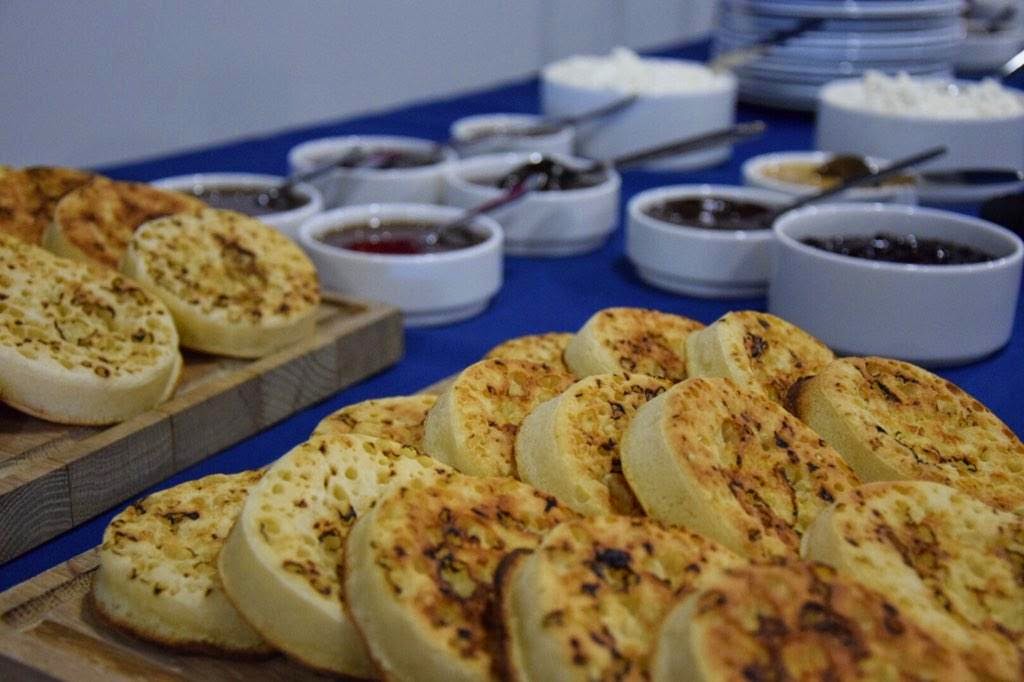 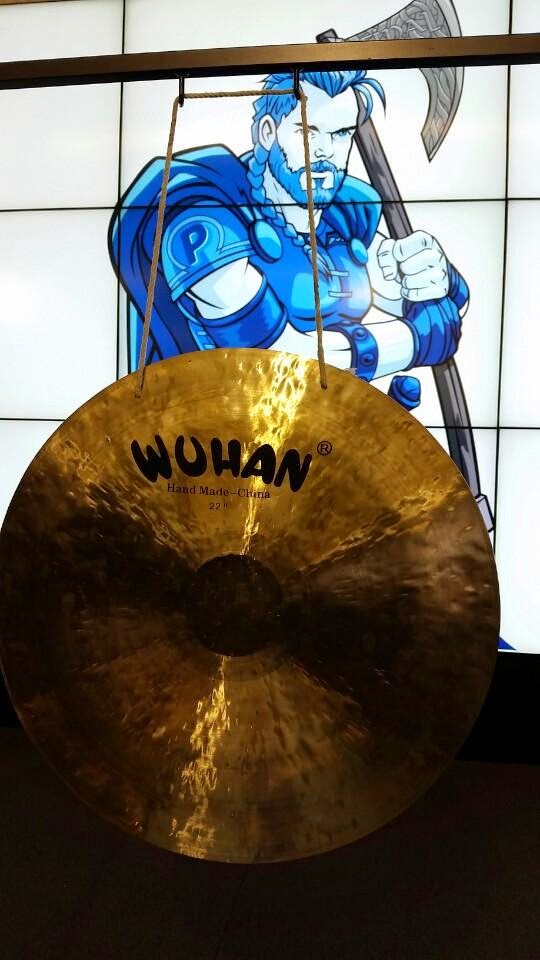 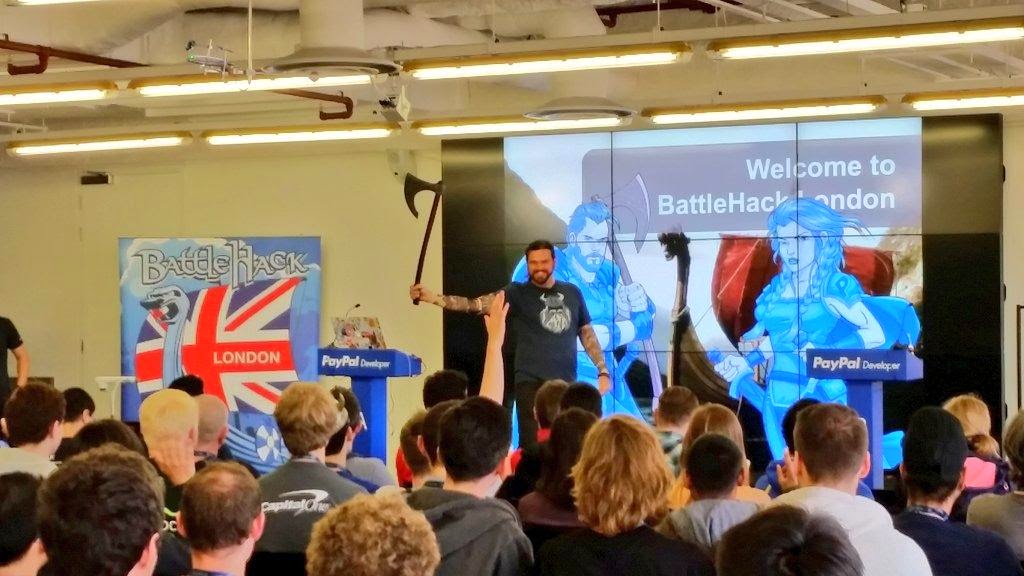 First prize included winning an axe! How cool!?
Back to Home